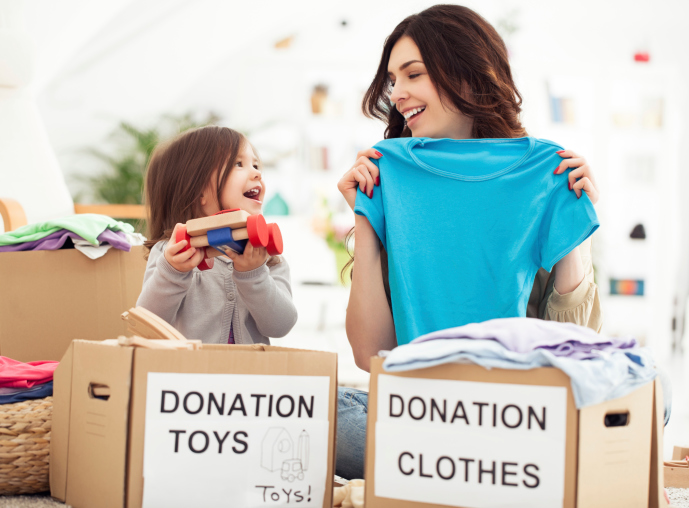 I work in the nonprofit sector so it could be a given that I like to give to charity. And, when I was single, like many, I tended to give to those nonprofits with which I had a relationship. If I branched out, it was mostly because my brother asked any presents to be charitable donations. (A reminder, I work at Charities Review Council, picking a nonprofit with my informed giving lens is a given.)

Giving as a Couple

When I got married, giving as a couple seemed odd. So in our newly married way, my husband and I had a very brief conversation about how we would approach charitable giving together. He had a few favorite charities, I had a few. Yet, we liked the idea of picking an additional charity whose work we both valued. Our gifts to charity come from both of us but they don’t necessarily reflect our individual interests; they are a mishmash of both of our interests.

Determining how much we give wasn’t driven by a specific/intentional budget like Helen or Jenna. Clearly, gift amounts are unique to each family. I wouldn’t want anyone to presume I’m prescribing a process. My husband and I are pretty independent individuals. We agreed that since each of us is aware of family financials, we could each individually decide how much to give to our chosen charities. (Like any of our expenditures, if we go above a certain amount, we simply let the other one know what we’re up to.) We appreciate the spontaneity that gives us.

Giving as a Family

From my kid’s first days, I pondered how to teach them about charitable giving. As they get older, there are a lot of resources out there to help us along the way including Share Save Spend, Doing Good Together and the Council’s Meets Standards® list, to help them search their favorite causes and learn more about them.

For now, I just keep giving in the conversation and mention that it’s important to share our money and our time. We volunteer as a family in park and river clean-ups. And, a few times a year, the kids and I have a conversation about where they would like to give some of their money. They decide what they want to support. As a family, we’re hoping our giving efforts grow, that, simply, we’re able to share more. Even the 6-year-old agrees.

A few months ago, he told me, “I wish I had some sense, you know, quarters, and stuff.”

“Why?” I asked, ready for him to tell me about the new toy he wanted.

“Well, I wish I had some cents, then we could buy food for the people that are hungry,” he responded.

We’ll keep working on that.